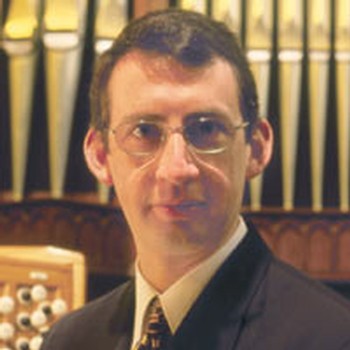 Dominic's "PIPE ORGAN PLUS - Five Sundays in Fremantle" series showcases one of Western Australia's most impressive pipe organs in the Basilica of St Patrick, Fremantle, where he is Organist and Director of Music. For these concerts he is joined by a number of Australia's leading musicians exploring a wide variety of music from Mediaeval times through to specially commissioned works by Australian composers including Brenton Broadstock and David Pye. To this extent, Dominic has received a grant in 2001 from the Music Fund of the Australia Council to commission a new work for organ and sampler by David Pye.

A graduate of the University of Melbourne, Victoria, Dominic was awarded a Fellowship by the Winston Churchill Memorial Trust to assist with further studies at the Royal College of Music in London, commencing in 1991. During his time in London Dominic appointed to the post of Organ Scholar at Westminster Roman Catholic Cathedral in London. He gave regular recitals at St Paul's and Westminster Cathedrals, Westminster Abbey, Oxford Town Hall, and toured Belgium, Italy and England, returning regularly to perform in festivals.

Dominic Perissinotto is featured on the following titles