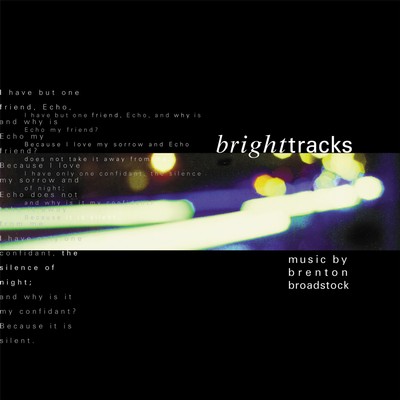 This double CD set brings together chamber music by Brenton Broadstock, one of Australia's most well- established and respected composers.

From the earlier works 'Beast from Air', 'Aureole 3', 'String Quartet' and 'Aureole 4' to the more recent 'Dying of the Light',' 'I touched your glistening tears...', 'The Clear Flame Within' and 'Bright Tracks', Broadstock maintains a direct, uncluttered and lyrical style, in which his social conscience remains a vital element.

'Beast From Air' was performed at the ISCM World Music Days in Hong Kong in 1988.

'The Dying of the Light' was awarded the 1997 Jean Bogan Prize for solo piano.

'I touched your glistening tears ...' was recently awarded the Michelle Morrow Memorial Composition Award sponsored by the Anti-Cancer Council.

“Brenton Broadstock is a quiet achiever as this extensive and superbly presented anthology makes clear. His music is at its best when his social conscience reacts to people; his multiply handicapped son, say, or a person living with AIDS. In these cases a tenderness both harmonic and melodic comes to the fore and the listener is left beguiled and touched. A wide variety of local artists give consistently fine performances.”

“they give a good perspective on Broadstock's development, especially the more expressive, lyrical elements of it, and reward careful listening.”

Bright Tracks is available as as CD. It can be purchased online through Buywell Music or the Australian Music Centre which both offer secure online ordering.