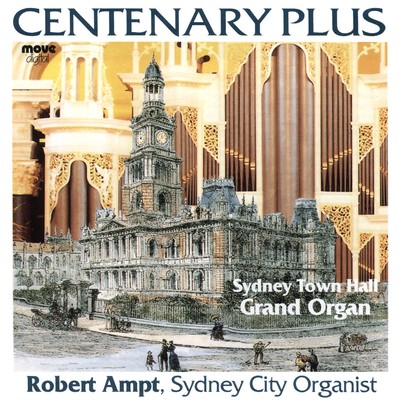 Includes 'Bach's Air on a G String' and 'Passacaglia and Fugue in C minor'; Handel's 'Overture on the Occasional Oratorio', Koehne's 'To His Servant Bach', 'God Grants a Final Glimpse'; Dubois' 'Marcietta' and 'March Triomphale', Best's 'Variations on "God Save the Queen"' and Ampt's 'Concert Étude on a "Pub with no Beer"'.

Introduction, Variations and Finale on God Save the Queen William Thomas Best

Australian composer Graeme Koehne is a Lecturer in Music at Adelaide University. Koehne's solo, ensemble and orchestral music is widely performed including commissions from the Australian Ballet, the Sydney Dance Company and the Seymour Group.

Centenary Plus is available as as CD. It can be purchased online through Buywell Music or the Australian Music Centre which both offer secure online ordering.