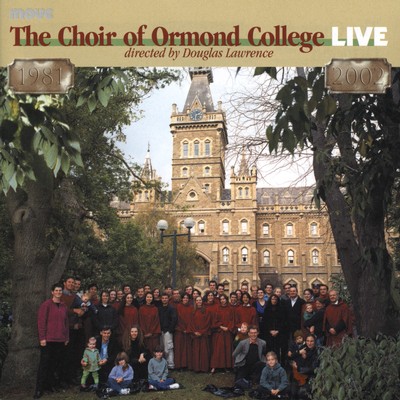 Ormond College is the largest residential college for The University of Melbourne and its very own choir, the Choir of Ormond College turned 21 in 2002. The choir has also toured internationally every two years, visiting New Zealand, Japan, Britain and most of Europe.

The disc includes a special 20 page colour retrospective booklet complete with photos from the choir's many tours and special comments from Melbourne critic Clive O'Connell and the Chaplain of Ormond College.

The Choir of Ormond College LIVE is available as as CD. It can be purchased online through Buywell Music or the Australian Music Centre which both offer secure online ordering.