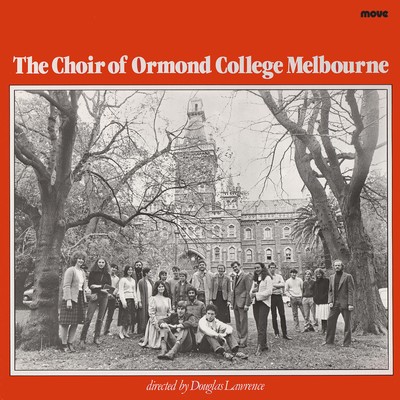 Founded in 1982 by choirmaster, Douglas Lawrence, the Choir of Ormond College consisted of 22 auditioned members, drawn mostly from the student body of the college.

As well as this, the group had an important function in the religious life of the college, providing appropriate liturgical music for the services held in the chapel each week during term. In this context, the choir specialised in music composed during two great periods of English church music: the sixteenth and twentieth centuries.

The Choir of Ormond College Melbourne is available as as CD. It can be purchased online through Buywell Music or the Australian Music Centre which both offer secure online ordering.