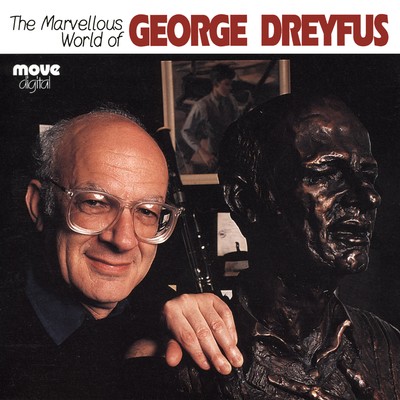 Includes 'Tender Mercies', 'Larino Safe Haven', 'German Teddy – Symphony for Mandolin Orchestra', 'Auscapes', 'Sebastian the Fox' and 'There is Something of Don Quixote in All of Us' performed by consummate guitarist, Jochen Schubert.

“All the performances are full of character, well rehearsed and well presented ... a great new recording.”

The Marvellous World of George Dreyfus, Volume 1 is available for download from the iTunes Music Store.
It's available for streaming through Apple Music.

The Marvellous World of George Dreyfus, Volume 1 is available as as CD. It can be purchased online through Buywell Music or the Australian Music Centre which both offer secure online ordering.