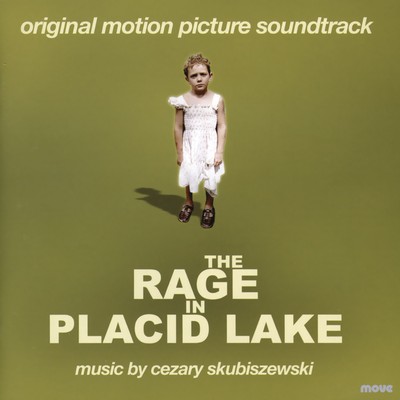 "I tried to create sounds that had an alternative ambience and that could reflect the contemporary and youthful feel of the film." says a modest Skubiszewksi of his funkiest and hippest score yet.

With cues not used in the theatrical release, a detailed booklet containing the full synopsis, information on how the AWGIE award-winning script was adapted for screen, plus musical notes by the film composer, this is one album no soundtrack connoisseur should be without!

“this underrated master delivers a wildly eclectic mix ... the soundtrack has a wonderful ebb and flow to it, and the rich, harnessing vocals of [Jacket] add to its rich tapestry.”

“Cezary Skubiszewski has done it again, with a soundtrack that fits the film like a silk glove. The music is a treat to listen to ... 10/10 stars”

The Rage in Placid Lake (Original Soundtrack) is available for download from the iTunes Music Store.
It's available for streaming through Spotify and Apple Music.

The Rage in Placid Lake (Original Soundtrack) is available as as CD. It can be purchased online through Buywell Music or the Australian Music Centre which both offer secure online ordering.