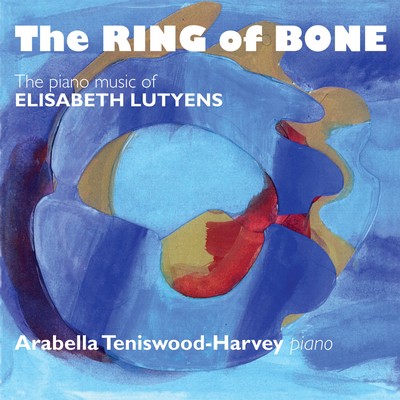 Lutyens’ musical language is passionate, dramatic and highly assertive. She exploits both the percussive and the sonorous capabilities of the piano to great effect. This CD reveals a valuable body of work that spans the 1940s to the early 1980s.

In the foreword to Arabella's detailed program notes, Michael Finnissy comments on Lutyens: "I think you would love her or loathe her. No half-measures. She was provocative and outspoken, deeply sensitive and fragile – uncomfortable contradictions that are embodied in her music. She had remained an authentic Fitzrovia bohemian twenty years on, fuelled by booze and cigarettes, an artist whose work was confrontational and whose intelligence commanded respect. I found that she was a delight to play for, I think she found musical performance rather sexy, and she was seemingly fascinated by colour-in-sound, her piano-writing is, above all, extremely sensual.The sensuality includes violence, darkness and pain as much as it does delicacy and fluidity. Liz honed away at her sounds, sculpting, polishing them rather than covering them with varnish."

“There is no other recording to compare this one with, and indeed that’s the whole point of it. Arabella Teniswood-Harvey has made a very important contribution, a recording that could remain authoritative for decades. This is high-quality playing; firm, clear, and strong, with a beautiful sound over a huge dynamic range. Thanks and congratulations!”

The Ring of Bone is available as as CD. It can be purchased online through Buywell Music or the Australian Music Centre which both offer secure online ordering.