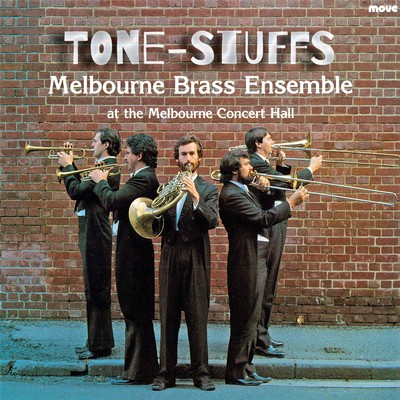 The ensemble has a reputation for its ability to adapt to a wide range of music with a high degree of quality and experience. Unlike the usual quintet which includes a tuba, the Melbourne Brass Ensemble includes Eric Klay's bass trombone which provides a rich full sound. Geoffrey Payne, one of the group's two trumpeters won first prize in the 1984 Budapest International Music Competition.

“For avid trombonists, the performance of Kenneth McClimont and Eric Klay is a sufficient reason to add this recording to your collection. It is also an excellent opportunity to expose yourself to some fine contemporary compositions from Australia. Furthermore, any admirer of brass quintets will appreciate and enjoy the ensemble work offered here. The Melbourne Brass Ensemble is not the typical quintet in that a bass trombone is used in place of a tuba. One does not miss the tuba, as Eric Klay plays with a big, full sound and provides a solid foundation for the ensemble. Kenneth McClimont stands out as a lyric tenor trombonist with much musical taste. The timing, intonation , and cohesion of the ensemble maintain professional standards throughout each work. Each member displays virtuosity and total command of his instrument. All brass players, particularly trombonists, should look forward to more recordings by the Melbourne Brass Ensemble.”

“The playing is dynamic and accurate. The sound is full and the acoustic of the recording is very true to life"”

“One of the best I've heard in this genre. The Grainger is an absolute delight”

“…an impressive combination, in five works of varying taste and vintage”

Tone-stuffs is available as as CD. It can be purchased online through Buywell Music or the Australian Music Centre which both offer secure online ordering.