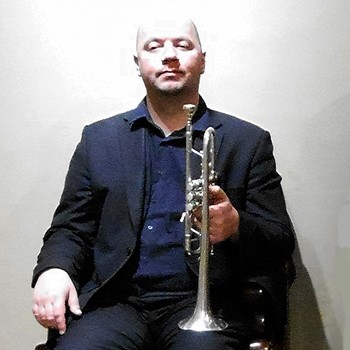 He toured China and performed as principal trumpet with the Shenzhen Symphony Orchestra in 2006. Bruno has played extensively with brass bands such as Dalewool Auckland and Hawthorn Brass Band and is a continuing member of Melbourne Tramways Band.
He has also recorded for Melbourne-based singer/songwriter Georgia Fields, Pyramid, and toured with reknown vocalist Patrizio
Buanne. Bruno has recorded and premiered many new Australian works as a member of the Raga Dolls Salon Orchestra including the concerto Photo Album, which he performed in 2011 as the cornet soloist.

He has recently performed new works by Australian and other contemporary composers including the Australian premiere of Harrison Birtwistle’s Endless Parade with the Arcko Symphonic Project. He has also taken part in the Australian National Academy of Music concerts under the direction of distinguished artists such as Richard Tognetti and Michael Collins, performing new works by Anthony Pateras and James Ledger.

Bruno has worked in the Melbourne Symphony’s education programs including the MSO Jams and ARTPLAY ensemble. He enjoys teaching trumpet both privately and at schools.

Bruno Siketa is featured on the following titles