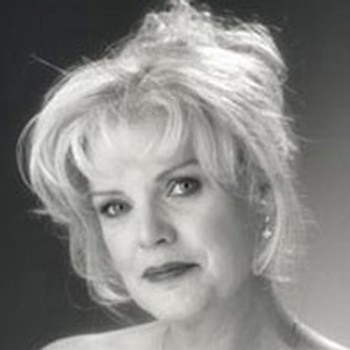 Nancy Davis Booth is quickly becoming known as one of the most versatile sopranos working the American music scene today. Her vivacity and presence, off-centered interpretations and humor make her an easy favorite of pops orchestras and audiences.

Nancy Davis Booth is quickly becoming known as one of the most versatile sopranos working the American music scene today. Appearing all over the country, she enjoys a career which includes concert dates, orchestral engagements, oratorio, cabaret and opera. Her vivacity and presence, off-centered interpretations and humor make her an easy favorite of pops orchestras and audiences.

She has appeared with the St. Louis Symphony, The Detroit Symphony, The Rochester Philharmonic, The Louisville Orchestra, The Nashville Orchestra, The Colorado Symphony, The Tucson and San Antonio Symphonies and the Las Vegas Philharmonic. Her appearance with the Detroit Symphony for New Year's Vienna Nights was broadcast on National Public Radio, dick Cavet hosting and she returned to the Detroit Symphony the following spring for a series of Opera Galas. She has also performed opera galas with the Rochester Philharmonic, Marguerite in Faust with the Chattanooga Symphony and Opera Association and the Brahms Requiem with both the Nashville and Chattanooga Symphonies under the direction of Kenneth Schermerhorn. She was the featured guest at the 4th of July Patriotic Anniversary Celebration Tribute to President and Mrs. Gerald R. Ford, honoring his 50 years of public service, his 85th birthday and their 50th wedding anniversary. For five summers, she was special guest artist at the Bravo! Vail Valley Music Festival where she has appeared in La Boheme and Turandot, opera pops and patriotic concerts. She also appeared at the prestigious Peter Britt Festival in Medford, Oregon and she spent her 7th summer residency with the Lake Placid Sinfonietta.

"a soprano with a voice to die for ... A miracle of versatility." (Arizona Daily Star)