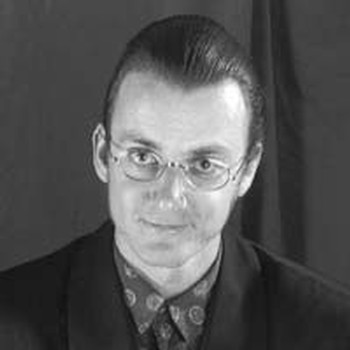 Peter Constant is well-established as one of Australia's most active and respected classical guitarists. As a student of Timothy Kain, Peter was ‘most outstanding graduate’ of the Canberra School of Music, and subsequently a Master's graduate of Benjamin Verdery at Yale University. He is a recipient of the prestigious Harkness Fellowship and is a Fellow of Trinity College of Music, London. He has won all sections of the Australian Guitar Competition and has performed extensively throughout Australia as well as in the USA, Asia and Europe.

Peter's busy concert schedule has ranged from a duo recital with world-renowned Baroque violinist Jaap Schroeder to premiere performances of many new works. Peter is a founding member of Guitar Trek, a popular and innovative ensemble whose pioneering ‘guitar family’ concept is recognised internationally as a major new direction in the evolution of the instrument. Guitar Trek tours regularly in Australia and Asia for Musica Viva and will soon record their third CD for ABC Classics.

Other musical ‘pans’ which Peter keeps in the ‘fire’ include Z.O.O. Duo, with Dutch guitarist &endash and wife &endash Marion Schaap, whose unique repertoire and innate musical ensemble has been enthusiastically embraced in frequent performances both here and abroad (they were recently reviewed as being of ‘premiere league quality’ by Classical Guitar magazine, UK).

Composer/performer collaboration is a major focus of Peter's work. The programme from his highly acclaimed solo tour A Sympathetic Resonance, (where he presented works by some of Australia's leading composers, many of whom have written for him) will shortly be recorded commercially. Peter recently collaborated with Lyndon Terracini in a major performance of Henze's masterpiece El Cimarron at the Darwin International Guitar Festival.

Peter Constant is featured on the following titles

Peter Constant has been a member of

The pioneering work of this group has seen the development of a specially made family of guitars of different sizes and an exciting new repertoire for the medium.