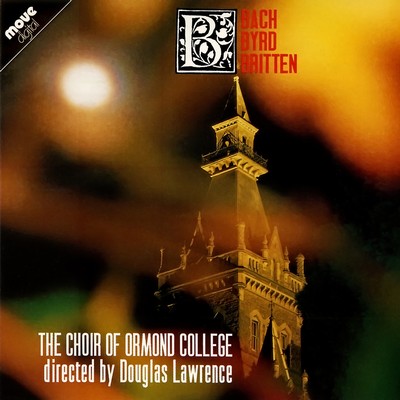 Works by the great trilogy of choral composers, Bach, Byrd and Britten sung by the magnificent Choir of Ormond College. Includes A Ceremony of Carols.

A ceremony of carols, Op.28, for treble voices and harp Benjamin Britten

Bach Byrd Britten is available as as CD. It can be purchased online through Buywell Music or the Australian Music Centre which both offer secure online ordering.