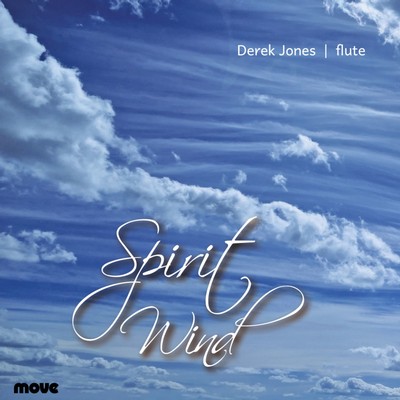 The keyboard/synthesiser tracks were recorded first with particular soundscapes and ideas in mind, and then flute improvisations were recorded over these. Other percussion and effects were added at the end of the flute recordings. Particularly beautiful are the deep Gamelan bells in “Meditation” and “Distant Bells”.

The aim is to create free flowing and expressive melodic elements over existing sounds which are sometimes a drone, but also interplay melodically with the flute lines.

Inspiration for the improvisations include the response to Derek's father’s death in 2009, whilst others are expressions of places that he has visited and their mystical qualities. “Violet Rays” is a observation of the human condition, the good and dark qualities being played out in the world, based on a Gregorian chant. “Meditation” and “Distant Bells” are in essence visualising a small ensemble of musicians improvising in an ethereal space away from the reality of this world. “Night Sky” endeavours to show the tendency to feel the sense of separation in our human condition, and our need and yearning to find our true place in this world; to be completely on our own in the middle of the night, but to feel our own presence and true nature.

“Journey to Serenity” and “Blue Star” attempt to show the place of arrival where one experiences a great sense of unity and tranquility, lighting up our path towards the final goal and destination.

Spirit Wind is available as as CD. It can be purchased online through Buywell Music or the Australian Music Centre which both offer secure online ordering.