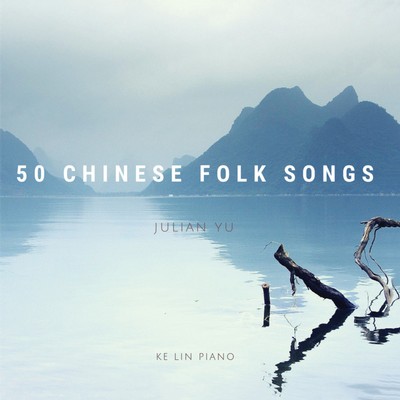 China is one of the oldest countries in the world, covering an area close to 9.6 million square kilometres and comprising at least 56 ethnic groups. As a result, Chinese folk songs, which date back thousands of years, are extremely diverse and have evolved significantly over time.

The present CD brings together 50 most well-known Chinese folk songs in a unique arrangement for piano solo by Julian Yu. While these arrangements are very short with some pieces lasting no more than 30 seconds, they were created with the utmost attention to detail. For example, a number of folk songs have been harmonised pleasantly using western harmonic progressions from works of Bach and Brahms. However, this has been achieved without sacrificing the authentic character of the folk songs.

One, Flowing Stream, originally a song from Yunnan Province is based on only one chord from beginning to end, it captures the breathtaking beauty of southern China perfectly.

The musical language of the 15 Early Piano Pieces (1974-77) is more conservative, being composed by Julian in his early 20s during the final years of the Cultural Revolution. Although more radical compositional techniques were not permitted at the time. Julian’s distinctive sense of humour can still be found here. In The Ping-Pong Match contrapuntal techniques have been adopted to depict two Ping-Pong players. As the match intensifies, the music approaches hair-raising speed!

50 Chinese Folk Songs is available as as CD. It can be purchased online through Buywell Music or the Australian Music Centre which both offer secure online ordering.