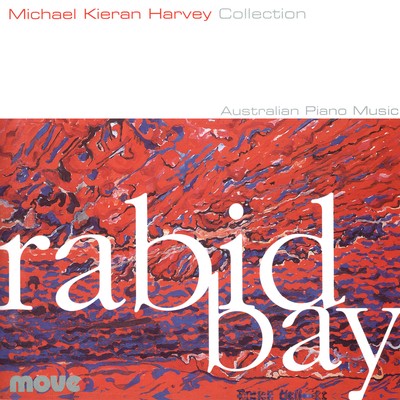 "I have developed close relationships with all the composers involved over the years. They represent an exciting younger generation of Australian composers. All are developing ways to address the question of fine art music and technology and acoustic instruments in this new century. They display an irresistable energy which in performance is communicated to a broad range of ages." - Michael Kieran Harvey

“In years to come, the current era may well be seen as a golden age for Australian piano composition .. For sheer virtuosity, and for bringing out the best in an entire generation of Australian composers, there are few who can match Harvey.”

“Cultural cringe should turn to awe after hearing this selection...It's a collection that shows off, but why shouldn't it? Both the performer and composers deserve to”

“Harvey's playing displays a mature beauty, both ragged and sublime, as these works are brought wonderfully to life. A superb Australian recording. Highly recommended.”

The Promise of Water Kate Tempany

Kate studied Early Music (Recorder) and Composition at the Victorian College of the Arts with Mary Finsterer, Mark Pollard and Brenton Broadstock.

Rabid Bay is available as as CD. It can be purchased online through Buywell Music or the Australian Music Centre which both offer secure online ordering.