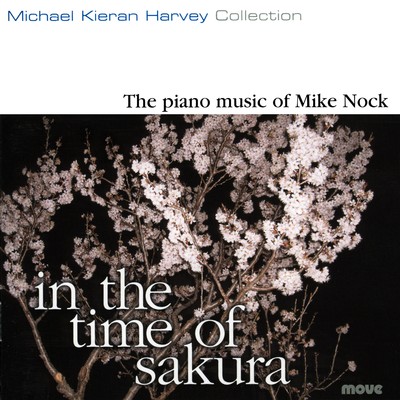 "One of the greatest moments of inspiration I had while at school in the '70s was hearing the music of Mike Nock. He, along with the early George Duke, Glenn Gould, Oscar Peterson, Paul Grabowsky, Martha Argerich and Zoltan Kocsis convinced me that the piano was worth spending a lifetime exploring. I couldn't believe he was so closely connected with Australia. One of the benefits of time is that opportunities to work with one's heroes become more probable, even if still unlikely - a little like the beginnings of life. Mike's lyrical approach and harmonic sophistication have kept his language fresh over the last 30 years, and open to ever more innovations. I think these short essays prove this. It's difficult to pin down an improviser to a definitive version of a work, much as it's difficult for an interpreter to settle on a definite execution of a music blueprint. The contained energy in attempting the unattainable however makes for compelling music." - Michael Kieran Harvey

"A chance remark from Michael Kieran Harvey after attending a master class given by him in August 1999, was the seed that led to me to finally sit down and meet the challenge of writing a collection of fully notated piano pieces. Being an improvisor most of my musical life my music has generally been written with a minimum of information, to hopefully inspire and encourage my fellow musicians to follow the whim of the moment. Although I've written many scores for larger ensembles, writing fully notated pieces for the instrument I play daily has been my biggest musical challenge so far, as my ingrained habits as an improvisor make me want to modify the compositions nearly every time I play them. My constant editing has often caused problems for many classically trained musicians who have expressed interest in performing my piano pieces. I'm therefore indebted beyond words to Michael Kieran Harvey, for persisting to the point of actually recording this music, as I realise my obsessive revisions must have often seemed to have had no end in sight. The pieces themselves are quite eclectic, the main unifying elements being they are all written for the piano and are a sonic diary of my life over the past several years. The result of a wide range of influences, this music includes arrangements/adaptations of pieces I've been playing for a long time, along with music specifically written for this collection.

CELEBRATION is based on a rhythmic ostinato I've often used as a basis for an improvisatory piece. I've been trying for years to capture it in a repeatable form, but the incentive of having it recorded by MKH finally spurred me into writing a definitive version.

SHO'S CRADLE SONG came about while I was trying to entertain drummer Simon Barker's son Sho, at the piano keyboard. (Sho was eight months old at the time)

AMERDOUX was written for Elizabeth Green, a wonderful Sydney based pianist and teacher, who rescued my piano technique at a point when I was having severe technical problems. She suggested I write some piano pieces, this one being the first of what has since become something of an ongoing obsession.

GREEN CYCLE is a set of four variations on a sixteen bar theme, written both as a homage to my former teachers Elizabeth and Lucy Greene (NY) plus a meditation on the environment.

PRESENCE is an elegaic fantasy in memory of some dear departed musician friends. I've had great trouble completing this piece as I often feel their spirits looking over my shoulder when I play it, silently suggesting "Why don't you try it this way . . . "

LAND OF THE NEVER-NEVER begins with a Bach inspired figure that I decided to develop further by including some tonally obscure chords to balance the basically simple harmonies.

TO ANNE was originally written many years ago as a gift for my sister Anne. The harmonies show the influence one of my early jazz heroes, pianist Bill Evans. I love Michael's wonderfully sensitive interpretation of this piece.

GOING FOR BAROQUE is a piece I originally wrote as a bit of a musical joke. It's turned out to be a fun piece to play (although with a sting in its tail).

GISS is another Bach inspired piece, with a personal perspective. (I'm using giss here as a word that refers to the idiosyncratic nature of birds).

THE PROMISE is a lyrical piece that leads a double life as a bossa nova. I was always told as a youngster to "waste not - want not", sound advice that I continue to try to follow in all aspects of my life.

GESTURES can be thought of as a kind of choreographic piece for piano, as the coordinated arm and hand movements suggested by the notation can be seen as an accompanying dance to the aural content.

SUNRISE a lyrical ballad, is built on a simple descending bass line. I played a version on my first solo LP, recorded at the Sydney Opera House in 1978.

AFTERBACH one of the first pieces I wrote for this collection is basically a two handed rhythmic etude in which I explore some non-tertiary based tonal harmony.

CLOUDLESS BLUE is an impressionistic piece that attempts to describe the feeling of lying on the grass on a beautiful Spring day, contemplating a cloudless blue sky. Bliss!

CARTWHEELS is an exuberant piece that sits somewhere between a contemporary jazz improvisation and a Chopin etude and I often use it as such!

RED DESCENDING is a hybrid modern-jazz/impressionistic semi-waltz piece Ð do I make myself clear?

RAFF-RIFF (Jazz Toccata) came about when a classical pianist friend requested a piece she could perform in concert with a jazz bassist. This is the solo version, which includes some blues, jazz and boogie-woogie elements in the final mix, along with some challenging virtuosic passages.

BEAUTIFUL YOUR EYES a subtly twisted jazz waltz, was written for my wife Japanese teacher, Burmese translator and vocalist Yuri Takahashi, without whose patience and constant positive support this collection would not have been possible.

SPRING RAIN reminds me of the feeling I've often had, looking out the window on a quiet drizzly spring day.

CYBOREAL hints at a cyber-real world. A dream haven from the sometimes harsh vicissitudes of life, but in the end - a fantasy world.

DON SERGIO'S DREAM is written to celebrate the remarkable story of Don Sergio, who built a car entirely from junk found in his poverty stricken village in the Brazillian interior. He successfully drove it from there to the ocean. An epic and inspiring journey.

EVER DISTANT is a simple repetitive melody over an ostinato bass figure, attempting to describe the feeling of never reaching that elusive destination that is always around the next bend in the road.

SERENITY is a short meditation on the beauty of stillness. It was originally written for a performance with my trio and traditional Maori instrument specialist Richard Nunns, at Sydney's Government House in August 2005.

IN THE TIME OF SAKURA is a musical record of my impressions while visiting my wife-to-be in Tokyo several years ago, at the height of the short lived Sakura season (Cherry blossom time)

RUMINATIONS I, II, III, IV, V, a mini - suite dedicated to Michael Kieran Harvey is an adaptation of a 20 minute composition originally written for the New Zealand Piano Quartet.

PARTING THE VEIL opens with a slow reflective pastorale that suddenly erupts into a brief manically energetic dancelike section before suddenly returning to its quiet contemplative beginning.

RINGSTONE ROUND is another instance of "waste not . . . " It has surfaced many times in many ensembles, wearing many guises. When a piece
is this insistent how could I not allow it to join the collection?

Special thanks to Elizabeth Green, Tony Gould, Martin Wright, Anthony and Sharon Lee, Yuri Takahashi and particularly to Michael Kieran Harvey for his wonderful playing throughout. For me its a dream come true to hear his insightful and extraordinary interpretations of my music on this recording." - Mike Nock

“In the time of Sakura shows that Nock has seamlessly integrated his many musical influences and has achieved a powerful integration of emotion and intellect.”

“All Nock's compositions on this disc possess a somewhat improvisatory character, and his unique sound world makes for compelling listening. Each piece is full of interesting musical details and is a most engaging showcase of the individual approach of an accomplished Australian composer.”

In the Time of Sakura - the Piano Music of Mike Nock is available for download from the iTunes Music Store.
It's available for streaming through Apple Music.

In the Time of Sakura - the Piano Music of Mike Nock is available as as CD. It can be purchased online through Buywell Music or the Australian Music Centre which both offer secure online ordering.