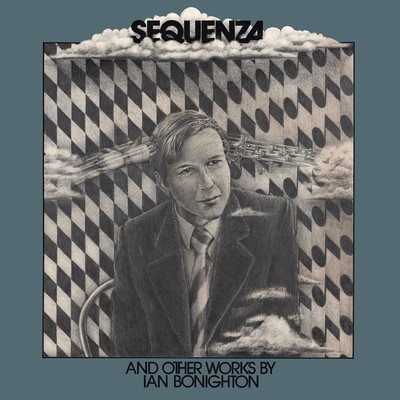 Ian Bonghton can claim an important place in Australian musical history. His musical training was entirely local, his compositions were almost all written for local performances, and he ventured abroad only at the end of his life. His career was uniquely Australian, and his works are rare examples of musical talent fostered in the Australian environment.

His music deserves an audience – it has a distinctive personality. While he never strove consciously to make his music ‘Australian’, it is uniquely so; and listeners who compare it with European or American works of the same era may sense a subtle but unmistakable difference of flavour as well as personality differences.

“... this recording is not only a significant musical event. It is equally, and tragically, a memorial to a young Australian composer. The title work for eight-part choir, pipe organ and tape begins and ends with great blocks of organ sound, built from clusters of notes ... between them hang a rich tapestry of sound which develops a compelling logic of its own. Other pieces include the second string quartet, fairly conventional in construction, but very idiomatic in its sound, a piece for three permission players which is put together with the elegant precision of the workings of a Swiss watch. The album is a must for anyone seriously interested in Australian music.”

“Bonighton was concerned with sound as texture rather than the traditional forms of rhythm, metre and tonality. The first pressing of the double album Sequenza is limited to 500 copies.”

“Although Bonighton rarely composed purely electronic music, he often linked them with more traditional means of expression. Douglas Lawrence (Toccata for Organ), the Melbourne String Quartet, the Australian Percussion Ensemble, pianist Rosslyn Farren-Price, and horn player Alex Grieve were also performers who were close to him in life.”

Sequenza and other works by Ian Bonighton is available as as CD. It can be purchased online through Buywell Music or the Australian Music Centre which both offer secure online ordering.