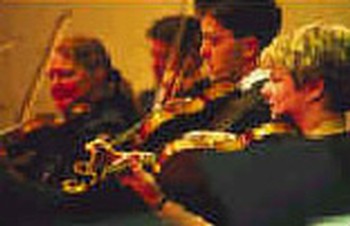 The Orchestra presents over 80 concerts annually in its subscription series, specials series, education program, and free outdoor events such as Symphony under the Stars. Its core repertoire is that of the classical period which it plays with stylistic flair. The TSO is also recognised for its championing of contemporary music and in the last few years has premiered many new Australian works as well as giving first Australian performances of important European works. The Orchestra also enjoys great success playing a range of jazz and popular music with such artists as Don Burrows and his Quartet, Julian Lee, and Wendy Matthews.

Tasmanian Symphony Orchestra is featured on the following titles