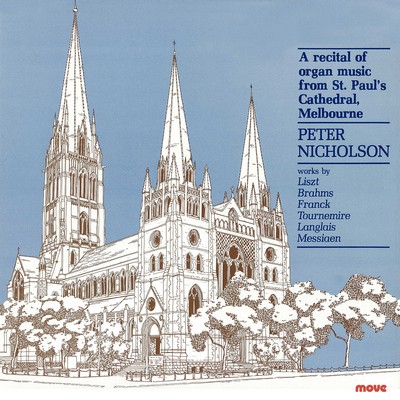 “Starting with a splendid and lively performance of the Liszt BACH, Peter Nicholson continues with some rarely heard Brahms. Splendidly persuasive playing.”

A Recital of organ music from St. Paul's Cathedral Melbourne is available for download from the iTunes Music Store.
It's available for streaming through Apple Music.

A Recital of organ music from St. Paul's Cathedral Melbourne is available as as CD. It can be purchased online through Buywell Music or the Australian Music Centre which both offer secure online ordering.