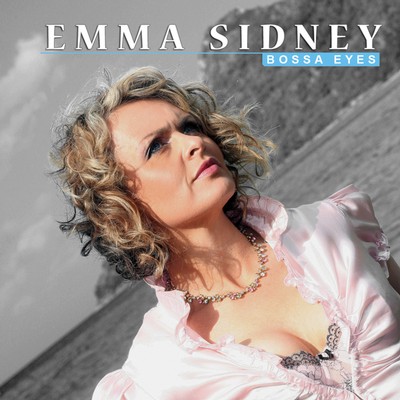 Recording started in 2007. The project has since undergone amazing and loving transformations with the expertise of producer Paul Boath, musical director Todd Sidney and the team at Move Records.

The raw inspiration of acoustic Brazil and the brilliant talents of the likes of Bob Sedergreen feature on this 12 track disc, which flows effortlessly between original and reinterpretated compositions.

Composer Tom Jobim and his cohorts turned sex on the beach into sound (the 60s bossa nova) with a fusion of acoustic latin rhythms and laid back jazz improvisation. Picture a walk on the beach singing, the sea on a sunny summer afternoon while a sometimes unpredictable breeze plays over brown bodies and shining waves. Other non-bossa tracks include the Kate Bush classic Man with the Child in His Eyes and Johnny Mercer’s Tangerine, which is given a Latin flavour, thanks largely to Todd Sidney’s work on piano and Denis Close on Brazilian percussion. Unforgettable gets a bossa makeover, too. Check out Agua de Beber and Corcovado, where she gives the words more power and presence than most vocalists.

Her Latin rendition of Moonlight in Vermont is special, too, transforming an otherwise overdone, tired song into something fresh and new, thanks in no small part to her interpretation of the lyrics.

This album was inspired by that love, that moment in time recast into the new century.

“Don't be fooled by the title. Sidney embraces the Latin American sounds but goes much further. It’s a brave, innovative journey – intriguing to listen to – that leaves the listener wondering where they will be taken. One of the best examples is her take on Wayne Shorter’s Infant Eyes. Its complicated, convoluted melody line would defy most vocalists. Backed by Bob Sedergreen on piano, Sidney holds it together, creating one of the album’s more intriguing passages. Sidney’s interpretation of the lyrics stands out. She understands them and brings them to life.” ★★★★

“The popularity of bossa promises to make a comeback, thanks to this lovely and gentle new CD. Emma Sidney mixes famous Jobim standards with much loved melodies like 'Tangerine', and even a slow, haunting Kate Bush song, 'Man With The Child In His Eyes'. Emma’s own delicious 'Catching The Wave' ought to be the theme music for a surf doco, it’s that good.”

Bossa Eyes is available as as CD. It can be purchased online through Buywell Music or the Australian Music Centre which both offer secure online ordering.