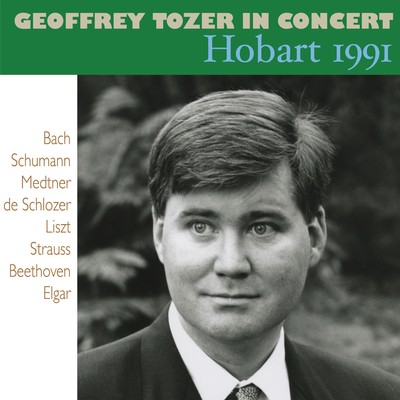 The music of Nicolai Medtner has suffered the fate of Sleeping Beauty, protected by its formidably thorny difficulty and almost total absence of available scores. It dates from the heroic age of pianism in Imperial Russia when pianists were expected to, and could, play such compositions with splendour and ease. Medtner was not only a superb pianist but was considered by Rachmaninov to be his superior as a composer. His music, unfamiliar and dense at first, has an uncanny ability to haunt the memory. Gramophone records by the composer himself have kept his music alive, just.

Paul de Schlozer's Etude in A flat is a famous show-stopper from the old days, possibly written by Moszkowski (who apparently lost in in a card game to de Schlozer) and used it as a daily warm-up by Rachmaninov. I am playing it tonight in tribute to the late, great pianist Eileen Joyce who made it her own. No one ever dashed it off with as much brilliance and charm as she did. Her dazzling recording of it is gramophone history: unknown at the start of the recording, three minutes later she had a contract at the conclusion of the Etude. This Etude is still used as audition material for the Moscow Conservatoire.

Liszt's Farewell is a touching arrangement of a Russian folksong, written as a gift to the Russian pianist Siloti. Liszt's favourite pupil, the volcanic Carl Tausig, died young, but not perhaps before his time. He appears to have burnt himself out attempting to conquer every difficulty known to pianists. Among his works are transcriptions of waltzes by Johann Strauss published in homage to Liszt, as Nouvelles soirees de Vienne. Rachmaninov made a famous recording of this one. One can gauge the diminished expectations of pianism in our own day by comparing contemporary performances of Tausig's music to the reckless joyous accuracy of a former age.

Shortly after this concert was recorded in Hobart, Tozer was offered a contract by the recording company Chandos which meant that this recording has never seen the light of day - until now. As always, Geoffrey was generous with his programs.

Paul (Pavel Yulievich) de Schlözer[1] (1841 or 1842 – 1898) was a Polish or Russian pianist and teacher of German descent. He was possibly also a composer, but the only two works attributed to him may have been written by Moritz Moszkowski.

Geoffrey Tozer in Concert: Hobart 1991 is available for download from the iTunes Music Store.
It's available for streaming through Spotify and Apple Music.

Geoffrey Tozer in Concert: Hobart 1991 is available as as CD. It can be purchased online through Buywell Music or the Australian Music Centre which both offer secure online ordering.