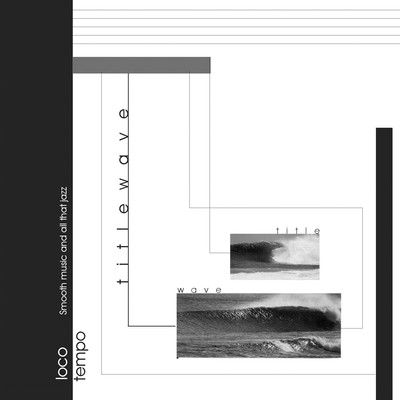 Vocalist Colleen Hunt is well known for getting inside the lyrics of a ballad with a voice that is as fruity as a Rutherglen red. Together with the Melbourne-based pianist, arranger and reed player Rick Freeman, they are the original Loco Tempo duo.

On their first disc for Move, titlewave, Loco Tempo are joined by a top quality jazz combo (including guitarist Mark Viggiani and trombonist Jordan Murray) in a collection of standards chosen because of their timeless quality.

Colleen Hunt is one of Melbourne's leading interpreters of popular jazz standards. Rick Freeman is a Melbourne-based pianist, arranger and reed player. Together, they make the original Loco Tempo duo.

Sara has worked with jazz, gospel, blues, soul, rock and world music, singing at many leading venues and festivals. In 1995 she organised and sang with the first Australian Gospel Tour of the USA where she sang and studied with the Afro-American Baptist churches of the southern states.

Dennis is an eminent Melbourne-based composer, arranger and performer and is a leading exponent of the double bass in many styles.

Barry has had extensive experience as a drummer in Australia, Europe and the USA. Between gigs, Barry runs a music education business in Melbourne known as Future Music.

titlewave is available as as CD. It can be purchased online through Buywell Music or the Australian Music Centre which both offer secure online ordering.