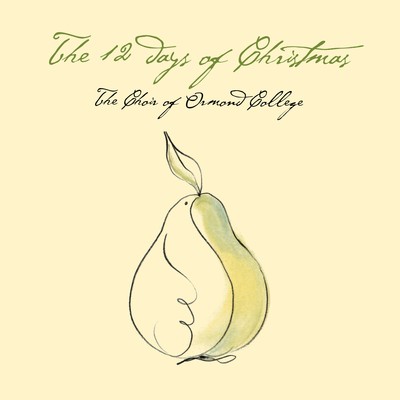 Ho hum - another carol CD, you say. Ah yes, but this one is different!

The organ is not forgotten as Rhys Boak accompanies four of the carols on the mighty Rieger organ in the Scots' Church, Melbourne.

The 24 carols included come from England, Ireland, Wales, Germany, Austria, France, Russia and Australia and features not only the title track but everything from Silent Night and Deck the Hall to In dulci jubilo and Howell's Tryste Noel.

“an ideal gift for Christmas.”

“Who says you won't end up playing many of these pieces throughout the year?”

“unusual carols ... good to hear the old with the new ... crisp and clear performance.”

The 12 Days of Christmas is available as as CD. It can be purchased online through Buywell Music or the Australian Music Centre which both offer secure online ordering.