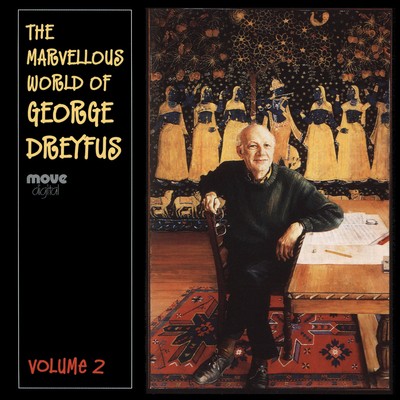 Opening with a spirited and moving rendition of the 'Ned Kelly Ballads' by folk singer Broderick Smith accompanied by four french horns and rhythm section, this CD embraces a compendium of Dreyfus' musical styles.

In 'Homage à Victor Bruns', the three bassoonists from the Melbourne Symphony Orchestra are joined by a fourth, the composer himself, a one time bassoonist of that orchestra, for a brief but telling essay in neoclassicism.

In complete stylistic contrast (but then is this not the hallmark of Dreyfus' creative career) the Prism Wind Quintet perform the 'Quintet for Wind Instruments', a compendium of the 1960's Darmstadt school of compositional techniques.

Brilliant performances are also given in the solo pieces on the CD which include 'Odyssey for a Lone Bassoon' performed by Matthew Wilkie, 'Stant Litore Puppes' performed by organist Christopher Cook, 'In Memoriam' Raoul Wallenberg performed by clarinettist David Thomas accompanied by pianist Robert Chamberlain and 'Heidelberg 1890' for soprano and flute performed by Marianne Collet-Stier and Almut Riemenschneider.

The CD is rounded off with three Dreyfus classics. 'In New Gold Mountain' played by the Australian Chinese Ensemble you can just imagine yourself in the tea house of Yu Yuan Garden in Shanghai.

And was there ever a more soothing ballad for all animal lovers to cuddle up to than 'Love Your Animal', commissioned by the RSPCA and performed here by the Melbourne Musicians conducted by Frank Pam.

“the whole disc is a timely tribute to this tireless, greatly gifted musician.”

The Marvellous World of George Dreyfus, Volume 2 is available for download from the iTunes Music Store.
It's available for streaming through Apple Music.

The Marvellous World of George Dreyfus, Volume 2 is available as as CD. It can be purchased online through Buywell Music or the Australian Music Centre which both offer secure online ordering.