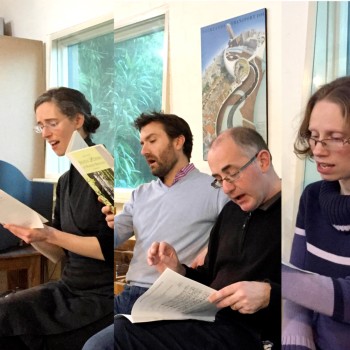 For music on more than four parts, other equally talented friends have joined in over the years, particularly alto Niki Ebacioni. With five children between them these days, performances must be meticulously planned!

Angeli Vocal Ensemble is featured on the following titles