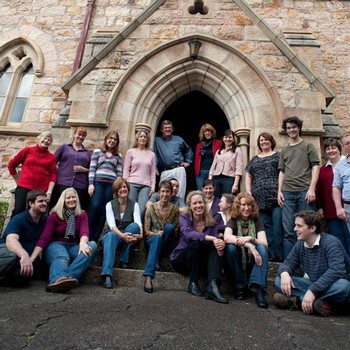 The choir performs a diverse repertoire from the renaissance and baroque periods through to choral music of late 20th century and contemporary composers, and has been premiered many works. Apart from presenting its own concert series, Canticum has collaborated with professional arts companies, including several productions with the Queensland Ballet and many concerts with the QSO and the QYSO.

Other highlights have included performances in the Brisbane Festival, the Queensland Biennial Festival of Music and Cathedrals Week. A highlight of Canticum’s history was its selection from an international field of choirs to perform at the 7th World Symposium on Choral Music held in Kyoto, Japan in 2005. In 2010, Canticum performed Handel’s Messiah with the QSO, under the directorship of Geoffrey Lancaster. Recently, the ensemble participated in the world premiere of Elena Kats-Chernin’s Symphonia Eluvium for the Brisbane Festival, with Brisbane Chorale and the QSO. Canticum has released several CD recordings, including In Paradisum, a Celebration of Australian Choral Music.

Canticum Chamber Choir is featured on the following titles