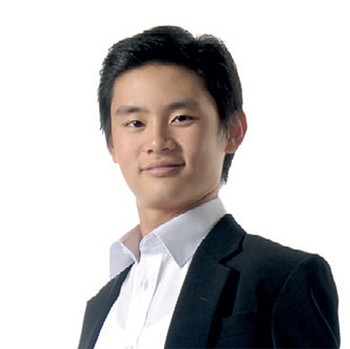 Kevin began to play in public when he was 9 years old. He performed in school concerts, competitions and master classes. The first competitions he won were the Yamaha competition at Bandung in December 2004 and February 2005 winning the first prize. In July 2005 and July 2006, he had master classes in Salzburg, Austria with Professor Kämmerling from Germany.
In October 2005, Kevin received an Indonesian National Award (MURI) for performing 50 classical, pop and jazz pieces non stop without any score. Since then, he began
to perform frequently in public concerts, on TV shows and in charity events for the victims in Yogyakarta Earthquake. He also visited Singapore, Beijing, Bali, Surabaya, Jakarta and Bandung for further concerts in Asia.
In June 2007, he performed two piano concertos with orchestra in Bandung, the first movement of Chopin Piano Concerto No. 1 and Beethoven Piano Concerto No. 3, with Professor André de Quadros conducting from Boston University, USA.

In 2008, he played the first movement of Khachaturian Piano Concerto No. 1 with Martin Rutherford, Australia conducting and the Melbourne Grammar School Symphony Orchestra. At the end of 2008, he went with Professor Max Cooke and other students to Manchester, Freiburg, Vienna and Salzburg to meet well-known musicians and piano professors for master classes. In 2009, he performed his first concert with the Team of Pianist at Rippon Lea, Melbourne where he played the Beethoven Piano Sonata Op. 2 No. 3.
In January 2010, Kevin as an artist of Schimmel Piano, Germany made a solo piano recording of Liszt, Chopin, Beethoven and Spanish music at Melbourne. In April 2010, Kevin performed his first concert at Aula Simfonia Jakarta playing the full Chopin Piano Concerto No. 1 with Dr. Stephen Tong conducting. In September 2010, he performed Dohnanyi Variations on a Nursery Song with Melbourne Grammar School Symphony Orchestra with Mark Drummond conducting.

He is also in the first violin section of the orchestra.

Kevin Kanisius Suherman is featured on the following titles