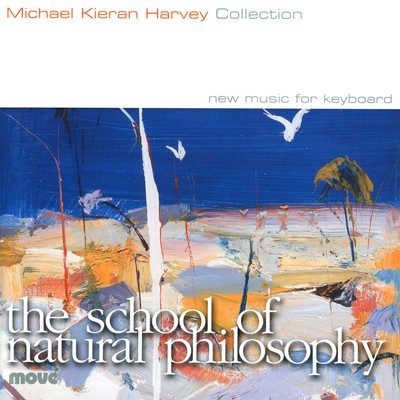 All my life I have been fascinated by the interaction of science and art, especially with music. In an age where art music seems to have been relegated to the area of palliative care by "market forces", the uncompromising approach of some composers still willing to embrace science and the natural world seems to me very much in the spirit of the Enlightenment: to oppose the monolithic hegemonies of church, state and ideology, and instead fight for pluralism and individual freedom, to think for oneself, and to pursue one's curiosity.

Martin Friedel is one such composer - a trained scientist, he is also one of the few Australian composers able to earn his living purely from composing. His School pieces are brief but compelling snapshots of discoveries unimaginable without the Enlightenment. Stars and our relationship to nature are the undercurrents of Graham Hair's 3 extant transcendental etudes. Douglas Knehans' Boyd Panels were written at Bundanon, and conjure up the stillness, diversity and playfulness of the natural world, so breathtakingly evident in the Shoalhaven area of New South Wales. The failure of the Biosphere project is a reminder of how reliant we are on millions of other species for our survival on Earth, and in Australia this species diversity is increasingly only possible through private oases like Bundanon. Surreal images of nature like Boyd's crucified trees link in my mind to Paredes' Triptico, where the Calligram, or beautiful symbol, could be the intricate equations of string theory, or A Contra Luz, against the light, could represent the bending of light by gravity.

This makes Coruscations an appropriate inclusion, especially as the recent explanation for the Auroras surrounding the earth are "magnetic reconnections", the result of magnetic field lines colliding and releasing large amounts of kinetic energy towards earth. I grew up with an expectation of a lifetime pursuit of music which was propelled by the idea of the end of posterity. The awe-inspiring scale of such cosmic forces makes human hubris seem pitifully trite, yet makes human creativity and love seem all the more endearingly mysterious.

A video of a discussion about how science shapes Martin Friedel's approach to his composition. Michael Kieran Harvey plays fragments from "The School of Natural Philosophy" ...

“One of the few serious Australian musicians who continually challenges himself, Michael Kieran Harvey has here produced on Move Records a sterling display of his gifts for interpreting music of our time. Massive and crystalline in turn, the 24 tracks carve a path through difficult terrain that Harvey always contrives to make accessible.”

“Harvey has been building up a bit of a collection for himself, with impeccable performances of music with an intellectual rather than a romantic edge”

The School of Natural Philosophy is available as as CD. It can be purchased online through Buywell Music or the Australian Music Centre which both offer secure online ordering.