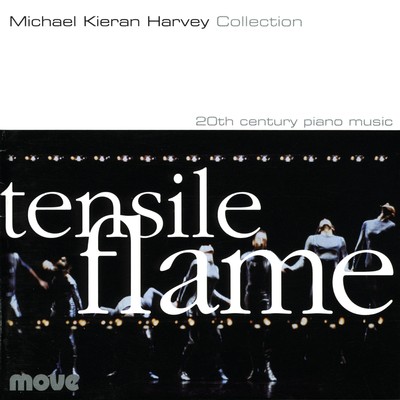 "My interest in the music of Liszt resulted in the first compact disc, originally released in 1991. The record traces the influence of the Liszt B minor Sonata on three early 20th Century composers: Rachmaninov, Ravel and Skryabin.

The second CD, first released in 1992, is a departure from the mainstream virtuoso repertoire, and reflects my interest in contemporary music. It features Australian composer Carl Vine's Piano Sonata (1990) and gives a perspective on Vine's individual style by including works seminal to his compositional processes, such as Elliott Carter's Piano Sonata (1946), Stravinsky's Three Pieces from Petrouchka (1921) and the Australian composer Graham Hair's Under Aldebaran (1986)."

Tensile Flame is available as as CD. It can be purchased online through Buywell Music or the Australian Music Centre which both offer secure online ordering.