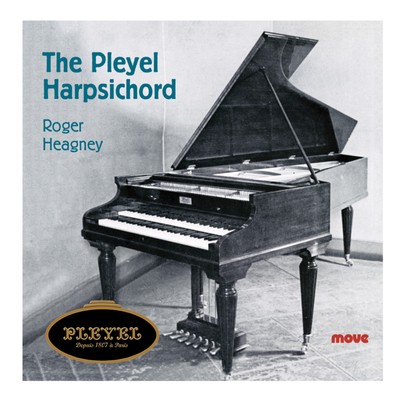 Known as the Grande Modèle Concert, this harpsichord has the date of manufacture on its keyboards of 14 August 1963. The old French piano making companies of Pleyel and Erard, exhibited three harpsichords, loosely based on a surviving Pascal Taskin harpsichord, at the Paris exhibition of 1889. So began the harpsichord's rebirth after almost one hundred years of neglect. Serendipitously, there was an increasing public interest in the performance of ‘music of the past’, so it was surely a timely renaissance.

The Pleyel harpsichord has been described as the ultimate achievement of the piano-maker’s art. Piano-like it may have been, but it was undeniably a harpsichord. It has been estimated that, over the next fifty years, Pleyel made as many as eighty such harpsichords.

The Pleyel Harpsichord is available as as CD. It can be purchased online through Buywell Music or the Australian Music Centre which both offer secure online ordering.