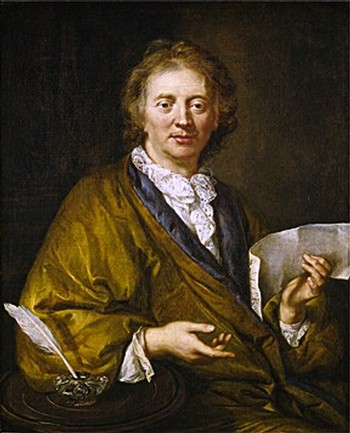 He was, for the harpsichord, what Italian composer Corelli was for the violin, and was an admirer of Corelli's music and was influenced by him. Couperin acknowledged his debt to the Corelli. He introduced Corelli's trio sonata form to France.

His most famous book, L'art de toucher le clavecin ("The Art of Harpsichord Playing", published in 1716), contains suggestions for fingerings, touch, ornamentation and other features of keyboard technique.

Couperin's four volumes of harpsichord music, published in Paris in 1713, 1717, 1722, and 1730, contain over 230 individual pieces, which can be played on solo harpsichord or performed as small chamber works. These pieces were not grouped into suites, as was the common practice, but ordres, which were Couperin's own version of suites containing traditional dances as well as descriptive pieces. The first and last pieces in an ordre were of the same tonality, but the middle pieces could be in other closely-related tonalities. These volumes were loved by J.S. Bach and, much later, Richard Strauss, as well as Maurice Ravel who memorialized their composer with Le tombeau de Couperin (Couperin's Memorial).

Many of Couperin's keyboard pieces have evocative, picturesque titles and express a mood through key choices, adventurous harmonies and (resolved) discords. They have been likened to miniature tone poems. These features attracted Richard Strauss, who orchestrated some of them.

Johannes Brahms's piano music was influenced by the keyboard music of Couperin. Brahms performed Couperin's music in public and contributed to the first complete edition of Couperin's Pièces de clavecin by Friedrich Chrysander in the 1880s.

The early-music expert Jordi Savall has written that Couperin was the "poet musician par excellence", who believed in "the ability of Music [with a capital M] to express itself in prose and poetry", and that "if we enter into the poetry of music we discover that it carries grace that is more beautiful than beauty itself".

Compositions by François Couperin appear on