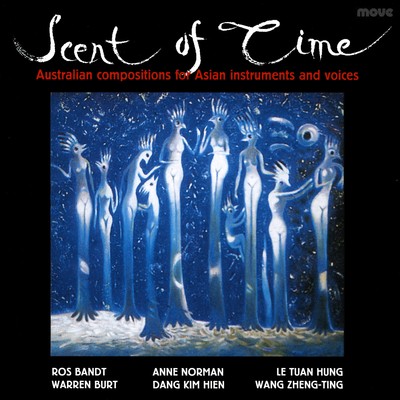 “an adventurous and fascinating exploration that produces uniquely beguiling soundscapes.”

“cross-cultural music at its best.”

Wang Zheng Ting is a composer and master performer of the sheng (Chinese mouth organ). He graduated from the Shanghai Conservatory of Music and had performed with many leading Chinese orchestras before migrated to Australia in the late 1980s.

Scent Of Time is available as as CD. It can be purchased online through Buywell Music or the Australian Music Centre which both offer secure online ordering.