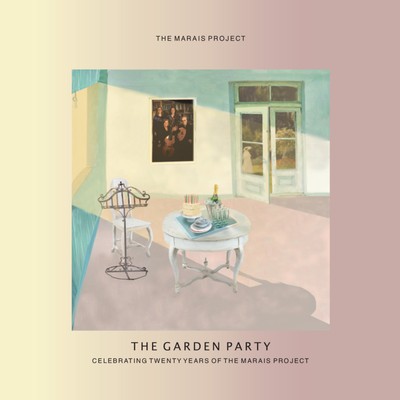 Early music ensemble, The Marais Project, has never followed a predictable path. Their recorded output over the past 20 years has been impressive and varied: six CDs covering a gamut of repertoire from the French and Swedish baroque to folk song and jazz. In addition, Director Jenny Eriksson has commissioned and premiered some 25 new Australian compositions creating a whole new repertoire for her instrument, the viola da gamba.

Eriksson's opening track, The Garden Party, is a cheeky take on Marin Marais Feste Champêtre, one of his most celebrated works. There is a superb Australian-first arrangement of a Marais suite for viola da gamba and piano accordion by Emily-Rose Šárkova. As well as playing the piano accordion Šárkova arranged the two spirited South American songs which close the recording.

Woven between the new repertoire, which makes up more than 50% of the track list, Eriksson and highly-regarded producer Llew Kiek have included selected music from several previous CDs, each of which was released on the Move label. The earlier material spans from the French baroque to Swedish folk song and serves to illustrate the broad range of musical styles and cultures the group embraces . Brilliantly mixed by long-term sound engineer, Chris Doherty, the CD is mastering by Michael Lynch.

“The Garden Party summarises our first twenty years and provides a launching pad for the years to come”, Eriksson commented. “I hope listeners will love the recording: we had a ball making it!”

“The Garden Party is a winning collection of 9 pieces with 19 tracks amounting to just under an hour of music. The mood is sometimes gentle, sometimes brimming with the jollity of the masque and sometimes full of medieval melancholy, with touches of jazz, swing and Latino idioms. It includes two world premiere recordings, The Garden Party (Eriksson) and the Suite in E minor, Pièces de viole, 4è livre by Marin Marais, arranged by Šárkova. Perhaps their best recording yet. Ravishing!”

“Marais and many composers would love such fresh collaborations and inclusions of instruments such as the viola da gamba with such altered voice in new ensemble opportunities.”

The Garden Party is available as as CD. It can be purchased online through Buywell Music or the Australian Music Centre which both offer secure online ordering.