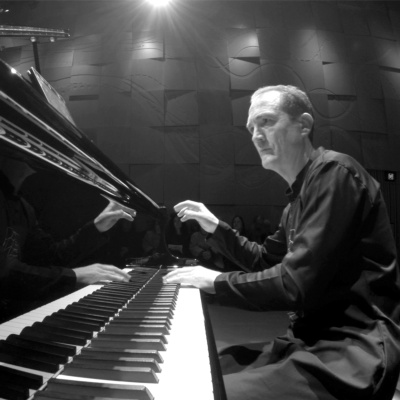 The following is one of the best reviews we have seen at Move. Alan Holley wrote this rave for "Luz Meridional" in the online site classikON, and it is worth a read:

"Rarely do I hear a new work that is so strong and meaningful and as full of so many delights as Andrián Pertout’s monumental piano work Luz Meridional. This is singularly one of the most important piano compositions ever written by an Australian composer. For me it ranks with the best works of Larry Sitsky and Richard Meale for intellectual approach, musical insight and sheer joy.

"Listening to a recent work with a subtitle of 24 Etudes naturally the mind goes to the Ligeti Etudes and even to the amazing piano works of Olivier Messiaen. Pertout’s antipodean collection holds its head high in this company.

"All the etudes pay homage to composers from Australia’s past – from the 1800s to some born in the 1920s. Some are still heard today: Don Banks, Keith Humble, Miriam Hyde, Dulcie Holland, and Margaret Sutherland; others seem to exist only on dusty shelves in library basements.

"I suspect that referencing composers of our past was a good starting point for the composer and fortunately it does not intrude on the listener. All the music is conceived through the thought process of a diligent and lyrical modernist and the music is clearly of ‘now’. The etudes range in duration from 1 minute 8 seconds to 7 minutes 34 seconds allowing some to be finished almost as soon as they begin while others let the listener immerse themselves in their ‘otherworldliness’.

"Opening with Nino durmiente, a music that seduces with its innocence, following movements are allowed to set off on musical journeys that enchant and enthral and also surprise.

"Although space precludes me mentioning all the movements, some deserve attention:
Elegia, coincidently in memory of my dear friend Dulcie Holland, creates a sound-world that demands the utmost concentration and, for me, the brilliance of Retrospectivo is a standout with rapidly moving notes evoking starlight and other ‘nightsky’ phenomena.

"Some sections evoke differing music worlds of Europe and beyond, while all the time showing an extraordinary cohesiveness. Pertout has created a kaleidoscope of sounds and music memories. The movements are laid out in just the right order creating a perfect balance between the sombre and the introspective and the energetic.

"This work should be in every Australian piano recitalist’s repertoire. And various groups of 3 or 4 movements would captivate audiences.

"The performer on this CD, Michael Kieran Harvey, is the not only one of the finest pianists ever in Australia but one of a handful of ‘cultural warriors for the good’. He takes on challenging music and makes it a thrill for the audience. He takes the listener on a journey of discovery. Playing Luz Meridional MKH draws forth varying textures and colours that allow the work to take on a life of its own. This is pianism of the highest order.

"So far I have listened to Luz Meridional three times and each playing has opened more windows to the invention of Andrián Pertout. Add this to your collection. It will repay multiple hearings."

There are three audio previews on the page for this CD (click below).