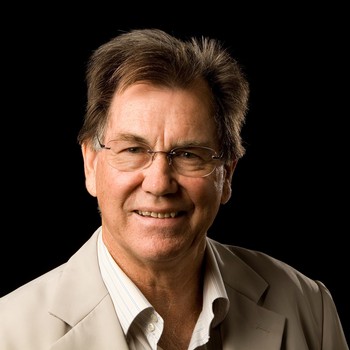 Australian composer Barry Conyngham studied with Peter Sculthorpe and with Toru Takemitsu. He is Emeritus Professor from both the University of Wollongong and Southern Cross University, the later where he was Foundation Vice –Chancellor (1994-2000). He is also the first musician to hold the Chair of Australian Studies at Harvard University (2000-2001). He has been a Churchill, Harkness and Fulbright Fellowship holder. In 1997 he became a Member of the Order of Australia.

With premieres and performances of his works in Japan, North and South America, Europe, the UK and Australia, Conyngham is one of Australian international composers. He has over seventy published works and over thirty recordings including those by the London, New Zealand, Sydney and Melbourne Symphony Orchestras, as well as ensembles from Japan, the UK, Europe, America and Australia.

Premieres in the last few years include the orchestral work Cala Tuent (2008) in Spain, Australia and Hong Kong, and the double bass concerto "Kangaroo Island" (2009) in the United States. 2011 saw premieres of "Fallingwater" for two bassoons and orchestra, "Showboat Kalang" for the Australia Ensemble and "Gardener of Time" a new work for the Melbourne Symphony. In November 2012, his first Symphony, commissioned by the Sydney Symphony Orchestra was given its first performance in the Sydney Opera House.

In May of 2014 "DrySpell…Deluge" was premiered in Vienna by Ensemble Reconsil, followed by a large work entitled ANZAC premiered in August 2014, a reflection on war and national character, for Nine Soloists and Symphony Orchestra.

Barry Conyngham is featured on the following titles

Composed by Barry Conyngham, Fly tells the story of inventor and explorer Lawrence Hargraves. Performed by the Victoria State Opera.