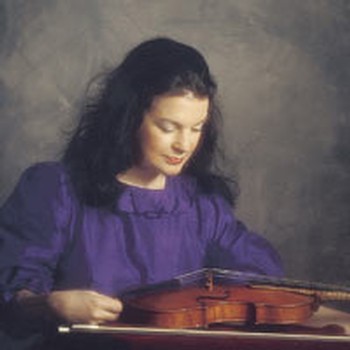 Cynthia O'Brien was born in Sydney and studied at the New South Wales State Conservatorium of Music in Sydney, the Hochschule fur Musik and Darstellende Kunst in Vienna (Professors Odnoposoff and Melkus) and at the Accademia Chigiana in Siena (Professor Salvatore Accardo). She later studied Baroque violin with Lucy van Dael in Holland.

The emphasis of her artistic work today lies in the interpretation of solo and chamber music of the Baroque and Classical periods performed on historical instruments.

In 1977 O'Brien won the Australian National Critics' Circle Award for music. Since this time her concert work has taken her throughout Australia, New Zealand and Europe. Presently living in Vienna, she spends part of her time each year in Australia fulfilling concert, lecture and teaching engagements. She has been a member of the Australian Fortepiano Trio, Capella Accademica Vienna and the Vienna Academy Orchestra, and in 1986 founded the Australian Baroque Orchestra.

In 1991 she established with Richard Fuller the Duo Amadeo, devoted primarily to the violin and piano literature of Mozart, Beethoven, Schubert and their contemporaries. She has recorded for Decca, Philips and Novalis, and appeared on radio and television in Australia and the United Kingdom.