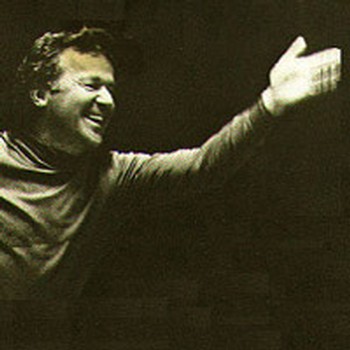 Keith Humble was born in Geelong, Victoria, in 1927. He started to learn the piano at the age of five, and while in high school began to perform with jazz groups. In 1946 he enrolled at the Melbourne University Conservatorium, where he studied traditional harmony, composition and counterpoint. The awarding of an AMEB Commonwealth Scholarship enabled him to travel to Britain in 1950 to study at the Royal College of Music, London. Here he studied under Howard Ferguson and Paul Steinitz to obtain his Licentiate Diploma, before travelling to Paris on another scholarship to attend the Ecole Normale de Musique, where he studied piano with Madame Bascourret, Alfred Cortot's assistant. Humble was accepted as a private composition student by Rene Leibowitz, who introduced him to the concept of serialism.

In 1964 Humble undertook a lecture/recital tour of colleges and universities in the USA and also visited Australia briefly to present a composers' workshop, which has been regarded as being the impetus for the formation of the Melbourne Branch of the International Society for Contemporary Music. He returned permanently in 1966, taking up the position of Senior Lecturer at the Melbourne Conservatorium, where he established the Electronic Music Studio at the Grainger Centre, re-established the Opera School and formed the Society for the Private Performance of New Music.

Humble helped to found the Australian Contemporary Music Ensemble (ACME) in 1975, with the purpose of promoting contemporary music and encouraging and performing the work of young Australian composers. His vision for this ensemble was that it would be a national group, which would present the best of contemporary music played by the best available performers. He himself performed with the group and was their musical director until 1978.

In 1977 Humble won the National Critics Award as the most outstanding recitalist working in Australia and he was awarded the Order of Australia (AM) for his services to music in 1982. On his retirement from La Trobe in 1989, he was nominated emeritus professor. He continued his activities in America and France after his retirement, which included acting as consultant on the formation of New Music Literacy projects for the European Community. In Australia, Humble was involved at various times between 1988 and 1995 as a Member of the Board of Management of Deakin University's Institute of the Arts, music consultant to the Victorian College of the Arts, and a Member of the Board of Studies in Music at Monash University.

Keith Humble is featured on the following titles