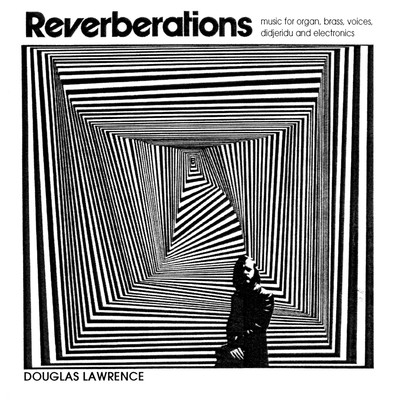 The original idea for Reverberations came from a spectacular performance at St. Patrick's Cathedral, Melbourne during the Festival of Organ and Harpsichord in 1972. One of the pieces on the program was Cathedral I - composed for the festival by the late Ian Bonighton.

With the work, the composer had set out to "explore the sonorities available with a large building and so successful was he in achieving this aim, that a recording of the work was made by Move Records and released - along with work by Keith Humble, Ron Nagorcka and Felix Werder - under the title of Reverberations.

Its successor, Reverberations Two contains an equally important selection of original works and has been recorded once again in St. Patrick's Cathedral with no less spectacular effect.

“The best organ recording that has even been made in this country.”

James Penberthy was a prolific Australian composer and his major works number over 100. Although he wrote in many different genres, his intense interest in the theatre resulted in 22 ballets and 11 operas, and it is in this body of work, which displays his strong dramatic and lyrical gifts, that his importance in Australian music lies.

Reverberations is available as as CD. It can be purchased online through Buywell Music or the Australian Music Centre which both offer secure online ordering.