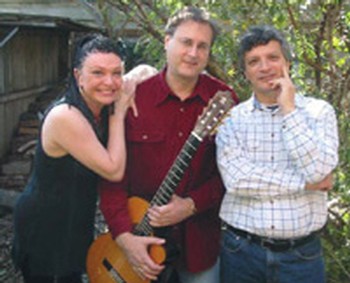 Tabula Rasa was formed with the express aim of creating a new and vital sound that was hitherto unknown in Australia.

The ensemble's lead vocalist, Linda Cable was of course already well-known in jazz circles, but when she first heard guitar duo Robert Bratetich and Mario Lattuada play—later foundation members of Tabula Rasa—the sound of their classic guitars with Spanish influences sparked an intense interest in exploring the possibilities of combining their sound with jazz.

With every piece on their debut album a collaborative effort, Tabula Rasa blends thought-provoking lyrics with a strikingly original combination of classical, Celtic and jazz music with Spanish infleunces and Brazilian rhythms. This is the reason for the ensemble name Tabula Rasa - they are stating with a musical "clean slate".

Tabula Rasa is featured on the following titles