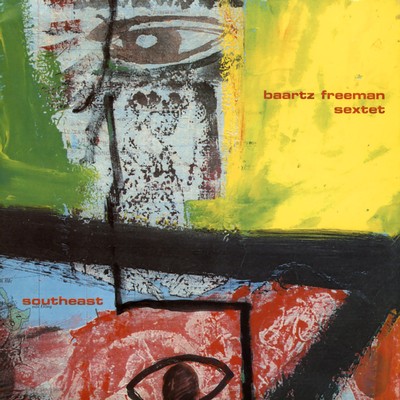 In 2001 the Baartz Freeman sextet were invited by the ABC under the auspices of the Jim McLeod's Jazztracks program to record their music with resident ABC engineer Mal Stanley. The result: southeast, a CD of diverse music that combines numerous musical influences from West Africa to New Orleans to Cuba and New York - music that is open, rich and generous and allows a broad scope for musical statement and improvisation by the fine musicians involved.

“From hard-driving funk to evocative ballad, from blues to Latin to tango ... fastidious and edgy but playful and fun too ... full of emotion ...” ★★★½

“the album's major asset is the variety of moods established by the two leaders' compositions. These include the exuberance of Funkin Boogster, the intimacy of Favourite Secret, the mellow vibe of Byron Glow and the drama of Tango For Chad.”

“the range [of jazz] is extraordinary. A sizable stretch of it is covered [here] ... funk, for instance gives way to the elgiac ... seriousness is ... punctuated with a chirpy tango ... they swing through a blues ... and push into more vigorous terrain with rippling electric guitar .. and bustling saxophone.”

“The music we play, write and listen to always seems to be nudging and winking ... reflecting back and reminding us of our own humanity ... we both have a sense that music should in some way be about bringing people together and allowing them to feel good ... but should also be about shifting peoples perceptions of themselves and the world they live in just that little bit”

Southeast is available as as CD. It can be purchased online through Buywell Music or the Australian Music Centre which both offer secure online ordering.