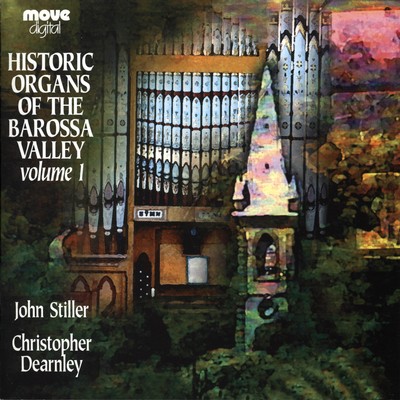 A tour of South Australia's famous Barossa Valley would usually evoke images of leafy vineyards and dark and cavernous cellars, however Move Records have put together a tour of another kind. Together with Volume 2 (available separately), "Historic Organs" records the historic Lutheran organs in the region.

“I have played and replayed this disc - and it still keeps growing on me.”

“an admirable aural documentation of the musical treasures to be found in the Barossa region.”

Historic Organs of the Barossa Valley, Volume 1 is available for download from the iTunes Music Store.
It's available for streaming through Apple Music.

Historic Organs of the Barossa Valley, Volume 1 is available as as CD. It can be purchased online through Buywell Music or the Australian Music Centre which both offer secure online ordering.