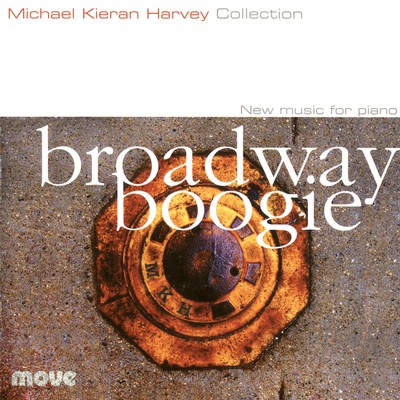 "Broadway Boogie is an assemblage of recent Australian piano music selected for its allusions - sometimes extremely tenuous - to New York. A major international centre of ideas and creativity, this city maintains a galvanizing effect on Australian intellectual life in a way that, say, Washington never could. Andrew Ford's Broadway Boogie-Woogie finds musical parallels to Mondrian's famous painting, the epitome of non-symmetrical balance, and itself a paean to New York's artistic diversity. Andrew Byrne, a resident of New York, has written an unsentimental exploration of the surreal sounds of chaos and succour after the destruction of the Twin Towers. Byrne's mentor, John McCaughey, possibly the most self-effacing and reluctant Australian composer, yet one of Australia's busiest and most original musicians, gives us a glimpse into the multi-layered nature of his thinking with Toccata de Nielico. Nigel Westlake's brilliant (if brief!) follow-up to the magnificent first sonata contrasts ethereal improvisations with driving rhythms which would not sound out of place in downtown Manhattan. Mark Pollard's homage to Euclid shows his fascination with post-minimalism (a New York hallmark) and the re-emergence of emotion, and finds fresh stimulus in the nostalgic language of Chopin. My own sonata is offered in gratitude to Saxby Pridmore, who in turn owes his inspiration to the great New York Stoic psychologist Albert Ellis." - Michael Kieran Harvey

A discussion on the subject of composing with Andrew Byrne and Michael Kieran Harvey is available on YouTube:

“Who better to interpret and play this splendidly engineered and lengthy recital of contemporary music than one of Australia's finest pianists, Michael Kieran Harvey? . . . For those with flexible and enquiring minds it provides an insight into the creative thinking of some of Australia's most foremost composers”

Broadway Boogie is available as as CD. It can be purchased online through Buywell Music or the Australian Music Centre which both offer secure online ordering.