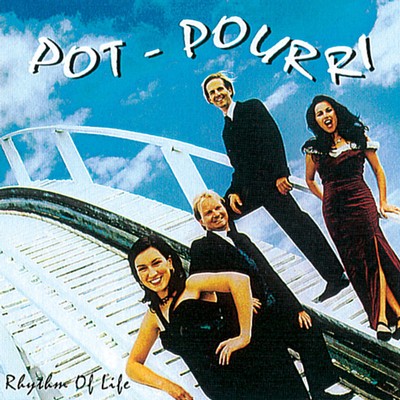 A delicious blend of highlights from Broadway shows, popular music theatre, traditional songs and operatic hits. 'Oliver', 'West Side Story', 'The Marriage of Figaro', 'The Phantom of the Opera', 'La Traviata', and favourites such as 'Danny Boy', 'Fool on the Hill', and 'The Gendarmes Duet', that will entertain and delight.

"They combine harmoniously and fluently with great style and panache ...a fine gift for any music lover" (Australian Jewish News)

“Pot-Pourri is a group to make the critical jaw drop. They make no apologies for being good singers! During the last thirty years, from the Swingle Singers onwards, the main group style has been that jazzy, cool, vaguely irritating scat style that sends up songs rather than interpreting them. Even the best a cappella groups have become comedy acts rather than musical acts. There is no lack of fun on Rhythm of Life, the latest CD by Melbourne based group Pot-Pourri. What gives please, though, is their commitment to fine singing. This carries them (Tania de Jong, Antoinette Halloran, Craig Macdonald and Jonathan Morton) through an enormous range of materia, from 'The Letter Duet' thgouth Lennon and McCartney's 'The fool on the hill'…Resting solidly on the strength of two Sopranos, baritone and a tenor, the vocal sound remains satisfying throughout the CD.”

Jacques Offenbach (20 June 1819 – 5 October 1880) was a German-born French composer, cellist and impresario of the romantic period. He is remembered for his nearly 100 operettas of the 1850s–1870s and his uncompleted opera The Tales of Hoffmann. He was a powerful influence on later composers of the operetta genre, particularly Johann Strauss, Jr. and Arthur Sullivan. His best-known works were continually revived during the 20th century, and many of his operettas continue to be staged in the 21st. The Tales of Hoffman remains part of the standard opera repertory.

Rhythm of Life is available as as CD. It can be purchased online through Buywell Music or the Australian Music Centre which both offer secure online ordering.