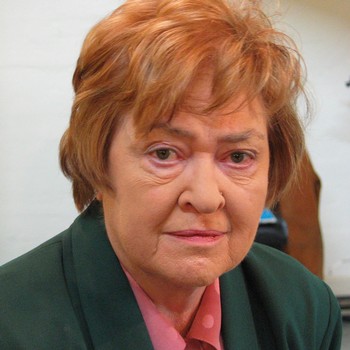 Judith was born in Creswick, Victoria in Australia, She graduated from the Melbourne University Conservatorium with a B.Mus(Hons) degree. While still in Melbourne for a further seven years, her teachers were Gordon McKeown for piano and John Ingram for theory and composition. She won many prizes and made national broadcast performances for ABC radio.

Having been awarded the Clarke Scholarship for three years of study at the Royal College of Music, Judith travelled to London. In her final year there, she won the Hopkinson Gold Medal and the Norris Prize. She then studied harpsichord in Siena, Italy, with Ruggiero Gerlin, who had been a pupil and associate of Wanda Landowska for twenty years.
Judith also studied under some of the great pianists and pedagogues of our times, including Kendall Taylor, Lamar Crowson, Nadia Boulanger and Paul Badura-Skoda. Later she was awarded a grant by the Dutch Government for one year of study with Gustav Leonhardt in Amsterdam. Aided by an ability to play a substantial number of Bach’s keyboard works and other repertoire from memory, Judith has given many recitals in England, where she lived for 23 years, and throughout Europe. She broadcast for the BBC and Radio Hilversum. Recital venues included the Universities of Oxford, Durham, Colchester, Leicester, Surrey and London. Judith played and recorded, as harpsichordist, with the Dolmetsch Ensemble.
Since her return to Australia, concerts have included a performance of the Schumann Piano Concerto with the Camberwell Camerata and several solo piano recitals including two at the Castlemaine Festival. As harpsichordist with the group ‘II Sole Barocco’ there have been many tours and recitals including some at Monash University.
Judith taught at the Victorian College of the Arts and at other tertiary institutions, and became an AMEB examiner in 1985 as well as being an assessor for VCAA. She has adjudicated at more than sixty eisteddfodau throughout Australia.
Judith has recorded the Great B flat Sonata of Schubert, Bach’s English and French Suites, the six Partitas, and is currently recording more J.S. Bach keyboard works, and other repertoire.

Judith Lambden is featured on the following titles

Judith Lambden performs Bach's French Suites on piano. This is a two CD set for the price of one CD.