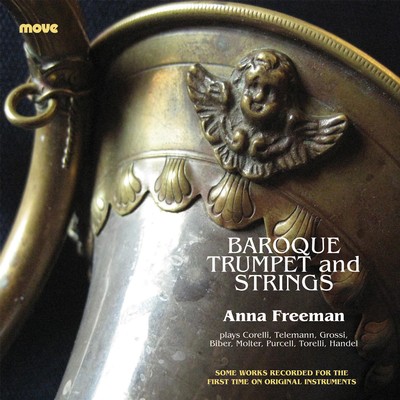 Supported by some of Australia's finest baroque string and keyboard players, Freeman has created a musically and historically valuable CD.

A foremost specialist in virtuoso baroque trumpet playing, Anna's musicianship and exceptional technique have earned her an international reputation for the interpretation of music from the 17th and 18th centuries.

“... plays beautifully with sensitivity to the style.”

“The very best recording available of the natural trumpet.”

Baroque Trumpet and Strings is available as as CD. It can be purchased online through Buywell Music or the Australian Music Centre which both offer secure online ordering.