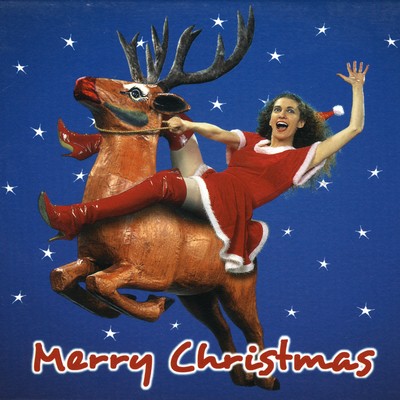 Harpsichordist Elizabeth Anderson will show you why ...
... on 'Merry Christmas'

'Merry Christmas' contains a collection of fun and traditional Christmas pieces, including tongue-in- cheek arrangements of 'Rudolph, the red-nosed reindeer' and 'Santa Claus is coming to town' and exquisite performances of 'In dulci jubilo', 'Good King Wenceslas', 'I saw three ships' and 'We wish you a merry Christmas'.

Elizabeth Anderson (harpsichord) is joined by drums, glockenspiel, double bass and four singers from the acclaimed Choir of Ormond College.

With a vibrant cover, room for a personal inscription, and exhilarating music, it's a fun and unusual idea at a price similar to the regular Christmas cards you'll find at your local newsagent.

Merry Christmas is available as as CD. It can be purchased online through Buywell Music or the Australian Music Centre which both offer secure online ordering.