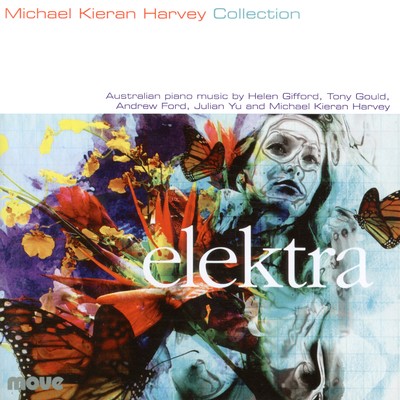 This work, our first collaboration, grew out of my interest in dealing with the question of computer versus human performance - since Asimov's vision of the revolution in robotics (and his memorable description of a future synthesised music recital in the Foundation series) and the preference of composers like Zappa for computers over live musicians - and led me to wonder what were the compelling aspects of the live performance versus the perfect execution achievable on the new computer instruments.

This conundrum has increased and will continue to do so with the prosthetic integration of robotics with biology (and humans). Indeed it is increasingly impossible to avoid chemical intervention within the human lifecycle, so enhancement is now a human evolutionary reality.

I had spent some time exploring the intersection between what a composer hears, then realises on the computer, and then what is humanly possible in live performance. Ives, Nancarrow, Ferneyhough, Stockhausen, Boulez and others had been pushing these boundaries well before the rise of the PC but the ease and complexity of computer-generated music for the piano now begs the question: what is the performer for? If the performer will only be able to execute the score with varying degrees of failure, what is the point in attempting it in the first place? Should the composer ignore his/her own creative desires and only write what is comfortable for the performer and audience?

I came to realise that what I was looking for in live performance could be found in Australian improvising pianists like Grabowsky, Nock and Tony Gould. There is in Gould's music - an experimentation and absorption in the moment; naturally a refreshing spontaneity but also a humility that is totally unlike the more painful histrionics of his overseas colleagues. The sense of playful irony is clearly evident in the music of Ford and Yu, where ancient forms are reinvigorated with the energy of popular music. The dark aspect of human technological advancement through human slaughter is mourned in the Gifford work Menin Gate.

Each of the works on this CD I think strives to express the tension in music between formula and spontaneity.

“The latest collaboration between Move Records and the indefatigable master-pianist has Harvey performing works by four substantial Australian composers, three of the pieces commissioned especially for his volcanic talent. Taking pride of place are Tony Gould's three-part The Crossing, packed with the jazz expert's angular lyricism, and Julian Yu's sonata of 2005. Harvey also presents his engrossing reading of Andrew Ford's Folly, given to deserved acclaim in August's Piano! festival at the National Academy of Music, and Helen Gifford's striking Menin Gate. The CD concludes with its title-work, a highly challenging piano-plus-computer composition by Harvey himself.”

Elektra is available as as CD. It can be purchased online through Buywell Music or the Australian Music Centre which both offer secure online ordering.