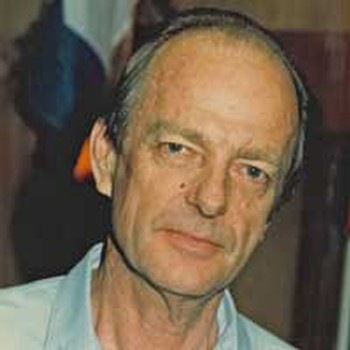 Behind closed doors, Norman Kaye, a man blessed with a remarkable array of artistic gifts, used to describe himself as, "Norman Kaye, star of stage and screen, star of Carson's Law, Prisoner and Cop Shop." The ironic twinkle in his eye and his playful emphasis on those roles for which he will be least remembered were typical of a gentle, self-effacing individual who quietly contributed so much to Australian cultural life.

Norman's rise from a tough, dislocated childhood in Depression Era Melbourne to the very top of his professions as both an actor and musician was an unlikely story. One of four children of a maimed, impoverished Boer War veteran and a mother who suffered from mental illness, Norman had to battle his way from the ground up, and few would have foreseen that he would emerge as one of the most subtle and articulate artists of his day.

Two strokes of good fortune put him on his eventual path. In Melbourne he was taken up as a child by the Norton family, who lodged him for long periods and provided a safe haven from the hardships of his family home. By Norman's own account, it was they who instilled kindness and taught him many of the refined values that would characterise him in adult life.

Then, coming from nowhere and with nothing to lose, he approached Dr. A.E. Floyd, the revered organist of St. Paul's Cathedral, Melbourne, in search of musical guidance. Dr. Floyd immediately recognised Norman's immense potential as an organist and granted him free tuition. His generosity would change Norman's life forever, and ultimately set him on course for England and France, where he was taught by Pierre Cochereau of Notre Dame de Paris and won a Premier Prix for conducting at the Nice Conservatoire.

Norman's musicianship was top class, but he fell victim to loneliness and an irresistible homesickness, which eventually prompted his return to Australia. Back in Melbourne, the city for which he always harboured the greatest affection, he continued his music with success, including as the [acting] organist of St Paul's Cathedral. At the same time, however, he also dedicated himself increasingly to the art for which he would become best known, acting.

That Norman was perfectly content to play in small theatres, making do with minor roles and no pay, is proof that he was an actor out of passion, not ambition. He took joy in acting and, with television still in its infancy, loved the world of the stage. In an industry so often characterised by rampant egos and self-adulation, the fame and commercial success he enjoyed in later years were by-products rather than goals unto themselves, and part of his charm was a disarming ability to laugh at himself.

As with music, acting came to him naturally, thus it was almost inevitable that his ability would find recognition in the close-knit artistic circles of 1960s Melbourne. This natural talent was invariably on display in private, and he was often at his most hilarious sitting at a dining table, where he would slip into an improvised role or parody. Those privileged to witness such performances soon discovered that in Norman's world nothing and no one was too sacred, except perhaps for Dr. Floyd.

For this reason he was particularly well suited to comic roles, although his complex and moving performances in films such as Man of Flowers showcased his depth and versatility. It was for this role in 1983 that he won the AFI Best Actor award, a vaguely cubist piece of plastic that soon found itself used at home as a doorstop.

He also wrote the scores for many films. For those who listen closely, his variations on the otherwise banal melody of "Bye, Bye Blackbird" for Paul Cox's Lonely Hearts bear the signature of Norman's humour and whimsy.

It was with Cox, his long-time collaborator and friend, that he had his most public partnership, and together they carved out their niches in the Australian film industry. It is difficult to imagine one without the other. Cox recently paid tribute to their friendship with "The Remarkable Mr. Kaye", a documentary that was screened on SBS late last year.

But behind the scenes there was another, more private partnership with opera director Elke Neidhardt, with whom he enjoyed a loving relationship spanning decades. It was notable that as the twilight of Norman's Alzheimer's disease descended, it was she alone who was by his side to the end, unlike so many of his show industry friends, who, it must be said, had distanced themselves from him with much the same ruthlessness with which they had pursued their careers.

For a man whose memory had been engraven with concertos and lines from great theatrical works, there can be no illness more insidious than that which marked his final years. It was a sad and unjust ending, this slow fading of the light. Yet even as his condition deteriorated, Norman continued to show his warmth, humour and love of life.

He was always welcome to play the organ at Waverly Church, escaping into extraordinary improvisations, his music still stronger than the illness inexorably shutting down his mind. He was always welcome when he arrived at Neidhardt's home each morning, a self-plucked bouquet in hand, proposing marriage for the umpteenth time and introducing himself as, "The Man of Flowers." True to his title, he would then spend hours marvelling at the colours of her garden.

But he was far more than the Man of Flowers. Those fortunate to have been touched by him personally will take inspiration from him not just as an actor and musician, but above all as a man of compassion, humanity, modesty, spontaneity, wit and wonderful imagination, as well as a man who could fly a Tiger Moth, place a pinpoint drop kick and bowl a befuddling flipper.

For those who knew him only at a distance, and for those living in an age fixated on the artifices of short-lived celebrity, Norman's passing, at 80, gives pause to reflect on another loss to a more humble generation and the lasting legacy of a true gentleman actor.

Fabian Muir, a lawyer and writer based in Munich, Germany, is Elke Neidhardt's son whom Norman Kaye helped to raise. This obituary appeared in the Melbourne Age newspaper on 1 June 2007.

Norman Kaye is featured on the following titles