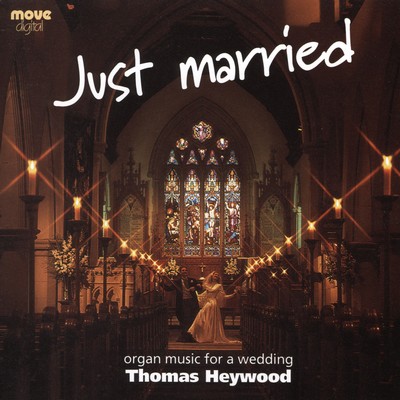 “Oh that every church had as good an organ as St. Mary's, and that every parish organist had a technique like Heywood's!”

“delightful listening (even if you're not contemplating matrimony)”

Just Married – organ music for a wedding is available as as CD. It can be purchased online through Buywell Music or the Australian Music Centre which both offer secure online ordering.